As someone who is inclined towards travelling and more travelling, I  feel that most of our dreams are predictable. Some even became cliché.

I want to travel around the world, I want to take absolutely stunning pictures, I want to inspire people to travel more and finally get that dream job in National Geographic. Sounds cliché as most of the people's dreams follow a similar path.

But here I am going to tell you about a man who has created something new, something original and that too single-handedly. Meet Mr. Santhosh George Kulangara who has, by now travelled to more than 120 countries . And also the first Indian Space Tourist!! 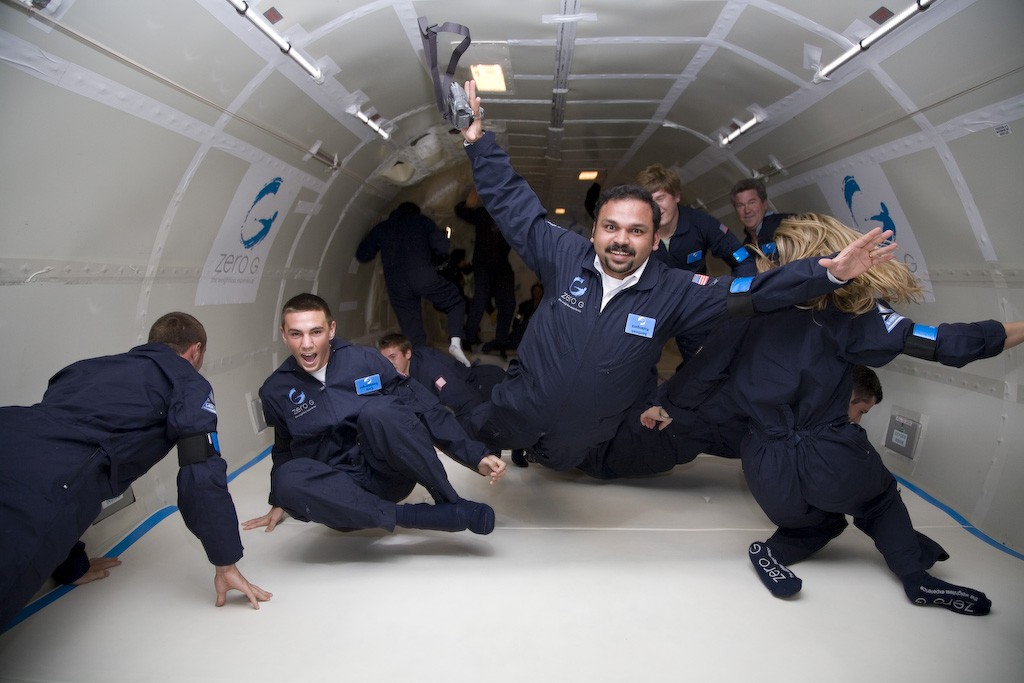 He has started his solo travelling, to outside India in 1997 and the first trip was to Nepal. Because for an Indian, travelling to Nepal wasn't that expensive. He explored Nepal and captured the beauty in his video camera. He did everything without an assistant or a technician.  Ever since then he travelled all around the world along with his camera creating visual travelogues. He soon started creating high quality visually appealing travelogues all by himself. He was the cameraman, the editor, and the director; all in one.

A local channel started telecasting his travelogues on television. It was a half-an-hour trave program telecasted once in a week. Over the time it gained popularity and became a successful program and claims to have a million viewers. That was just the beginning. The program "Sancharam", which means 'Travel' gradually transformed into a 24x7 Exploration channel.

At present this channel is in Malayalam, an Indian regional language, the mother tongue of  Kerala. Also, Mr. Santosh George Kulangara is from Kerala, which happens to be my home state as well. I am a little bit proud of this fact, even though he / I could have been born anywhere in the world. But more importantly, this geographic similarity gives me the inspiration that I can also travel all around the world like him without blaming my passport. Through his TV channel, he is aiming for the same, to inspire the common man to travel more by giving them a first-hand experience of the wonderful world around us.

He inspires me, also because of the way he finds financial support for his world travels. These are his own words from his website.

"It was full four years after my first travel, that TV telecast of my travel show started. Finance for every visit of mine was generated by my toiling day and night. My journey continues in that tradition."

These facts are enough to make me believe that I too can do it. Money, visa restriction, language barrier or any other barrier is not at all an obstacle if you truly want to do something.

He has been globe-trotting for over 20 years, been to all 7 continents (that includes many a people's dream : 'Antarctica'. ) and visited more than 120 countries . But looks like he isn't satisfied with all these things. We can understand the urge of a traveller to 'explore the unexplored'. This time he is aiming to explore a place where only a very few lucky and skilled ones were/are able to visit. The SPACE!!

You must be knowing Sir Richard Branson, the founder of Virgin Group who has created Virgin records, Virgin Atlantic, the  Virgin Galactic to name a few. And Virgin Galactic develops commercial spacecraft and provide suborbital spaceflights to space tourists. In short they operate space tourism!

Mr. Santhosh George has purchased a 'ticket' to space and reserved the seat as passenger number 38! As part of the journey, he has already undergone various training programs and experienced zero gravity. More importantly, he has obtained permission to film the entire process of preparations and flight sequences. Hopefully, we will get to see the space tourism trips on our tv sets soon.

My television addiction  had reduced over the time, but these days it has returned a bit. Now whenever I am in front of the TV, I watch this channel. SAFARI. It has got some very interesting programs apart from Travel related stuff. Also there are very good programs on Indian and world  history. I wish they had these programs when I was in school and struggling with history lessons! They also have live streaming over the internet. If you want to check out the super cool Malayalam Travel and exploration channel, I will leave the links at the end.

J. R. R. Tolkien said in The Lord of the Rings that Not All Who Wander Are Lost.  Mr. Santhosh George testifies it. He definitely inspires me to look beyond my excuses and truly follow the passion. He again reminds me that..

"Not All Who Wander Are Lost"

Santhosh George .com to read more about him from his site

Santhosh George Kulangara : if you want to read from Wikipedia

SANCHARM : (or Travel) It all started with this video series.