The sleep in the train  wasn't very good, frequent waking up and falling asleep again, which was quite expected. But waking up to this beautiful view in the morning can make everything forget.

I was lucky to be seated on this side of the train, so that I was able to capture the morning Sun..

while it was playing hide and seek between the palm trees.

Definitely it was a nice start. I was sure that everything going to be fine that day. This is what happens to me while I am travelling. Things starts to fall in the right places and things works out well, some way or the other.

Obviously the train was late. I had a passenger train to catch at 6.30 in the morning to Pondicherry, my next stop.  If everything would have worked according to the exact timing, I was sure to get that train. But  long distance trains never follow its exact time! ( Except the Mumbai Suburban trains ) So it goes without saying that I missed that train as it was already 6.30 and there was no signs of Chennai.

But soon first signs of Chennai started to show up. 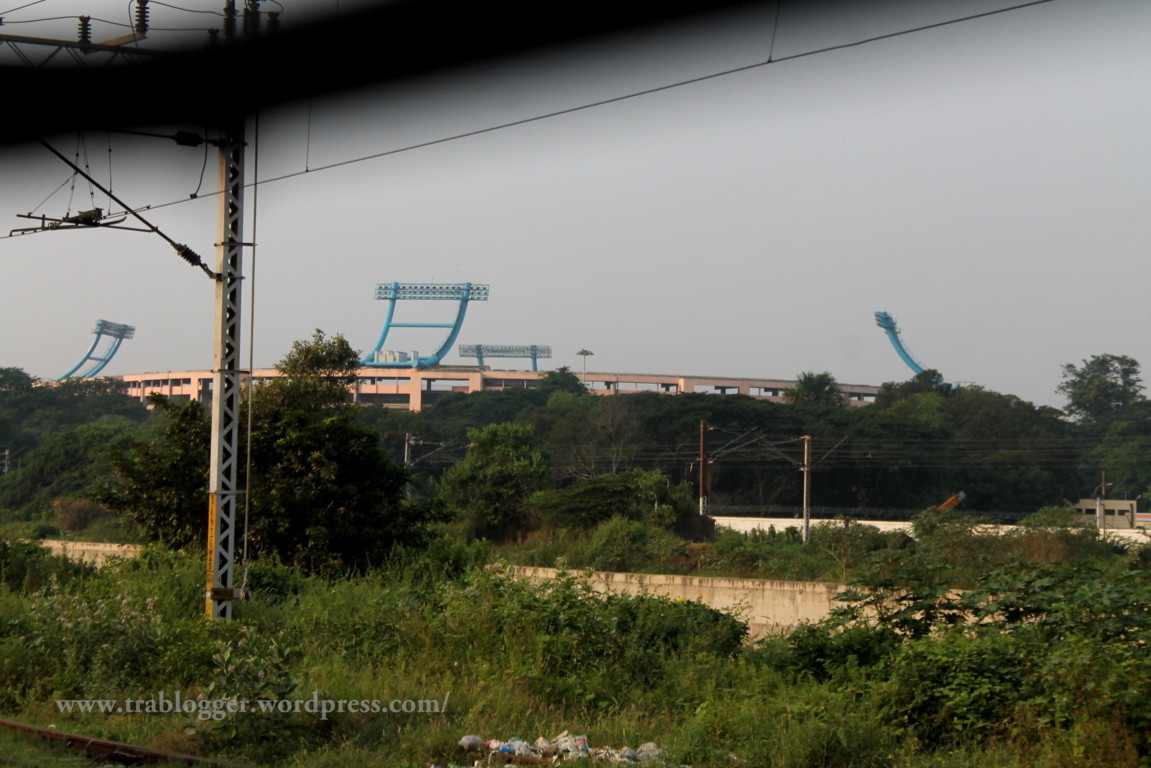 But Before reaching the station , the train made sure that I wouldn't get my next train 😉 So I went to the station, charged my critically low phone battery, searched for my alternative options, using phone internet. Either I could take a bus from there or another train. I decided to take a bus. Charged my phone some more time and left the station.

Before leaving the station I ensured that I have a proof with me  for arriving this iconic railway station.

It was time to get some answers that even Google can't give 😉 Finding bus to Pondicherry, the bus stand, the timings, nearest place to get that bus etc. Maybe Google has answers for that too. But it will take a lot of time and effort to find them. So let me get out and ask people.

And one point to remember. Ask at least 5 people before you reach a conclusion.  If the majority says the same thing, you know that its gotta be true.  And don't ask someone who could take advantage of you. For example, if you are walking with a back pack, don't ask a rickshaw waala at the first place.

After asking a few people, some one directed me to Thiruvanmiyur bus stand from where I would get buses to Pondy. I got into the bus to Thiruvanmiyur in front of the railway station itself. Paid 15 rupees. Had a typical Tamil Nadu break fast at this place and paid 45 rupees.  Started walking again to find the bus to Pondy. There was a bus waiting for me.  Got into the bus, and waited for it to start. In the mean time enjoyed the busy streets of Tamil Nadu.

Bus started within 15 minutes. Paid 85 rupees for the ticket to Pondicherry aka Puducherry. Texted my host that I was on my way to Pondy. It is around 3 and half hour bus ride to Pondy.  There were plenty of things to see on the streets.

Some pictures from the bus journey. 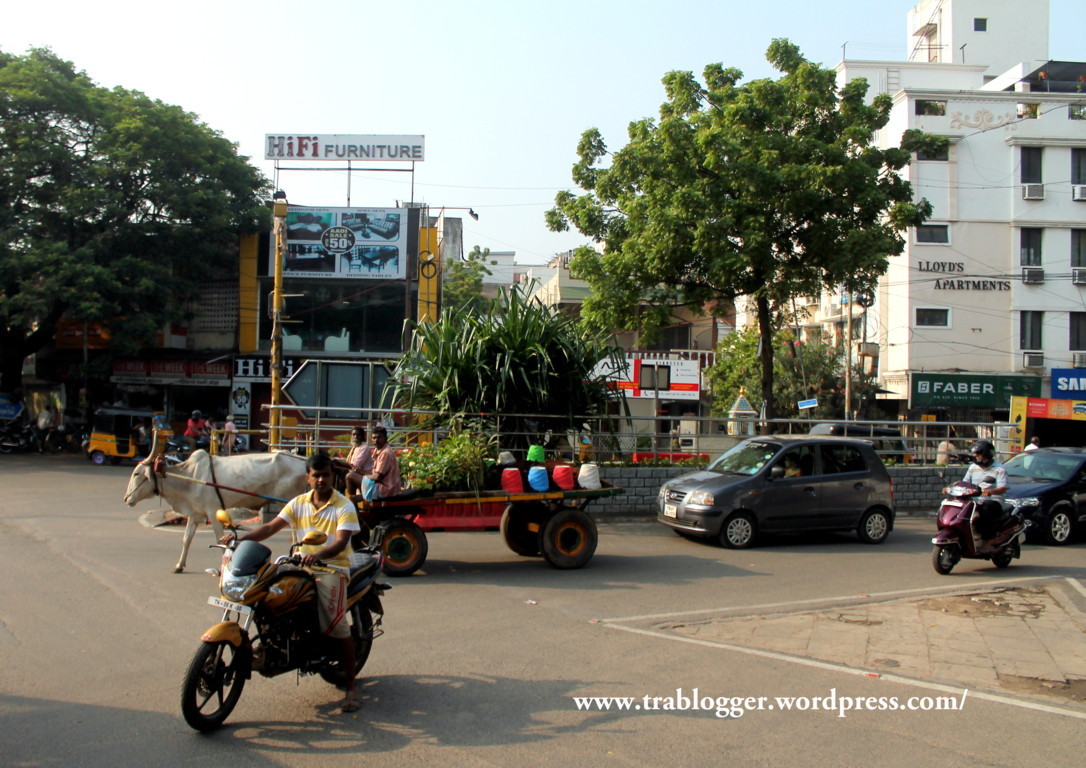 Where else can you find so much contradictions in one shot?! 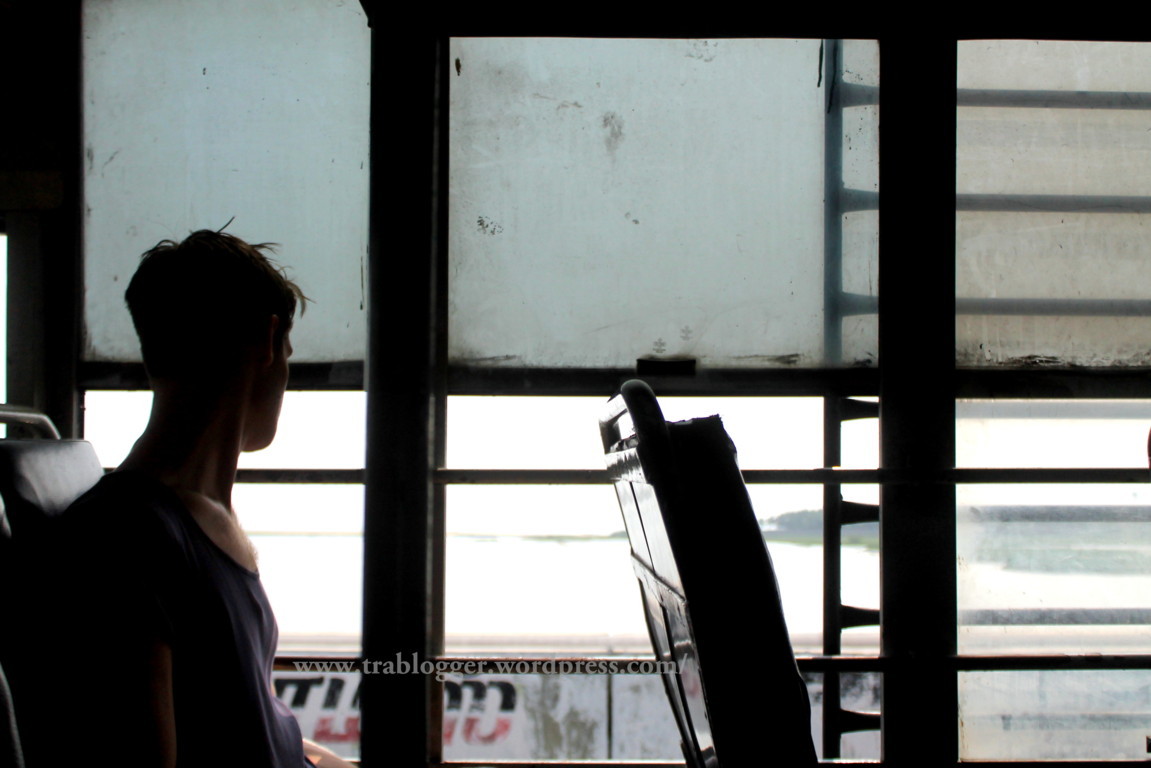 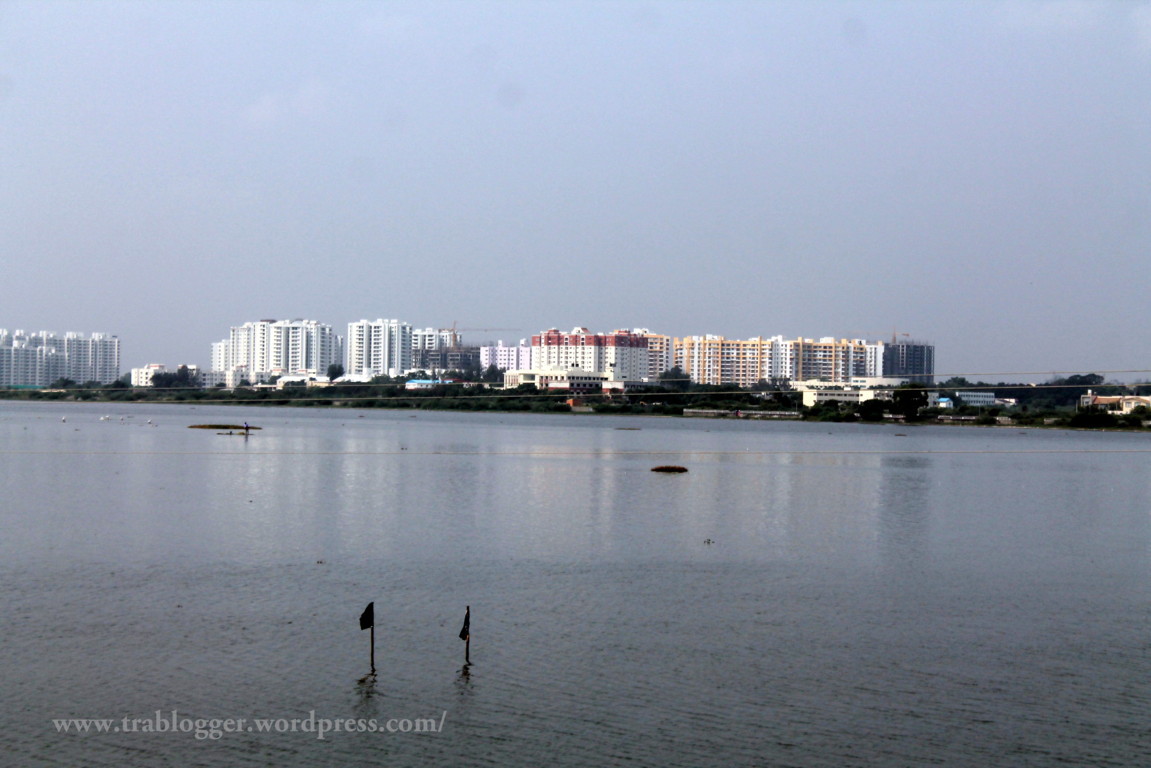 In between, during the bus journey, I was checking my Whatsapp messages. As the mobile internet drains the phone battery quickly, I had to use it wisely. I found the bus stop where I had to get down. I asked the Bus conductor to inform me when and where to get down.

So after around 3 and half hours, at last I reached the Auroville stop, where I had to get down.  I just knew where to get down. I didn't have the address. So I tried to call my host, but there was no answer! And I couldn't access my phone internet. The phone started to act weird. I tried to restart my phone and it was alright again. Then I received a message which I was supposed to get an hour before! In that message the address was given. With that address I found out my host's place. I walked and by the time I was about to reach the place, she called me back. And I finally I found my couch for the day!

She welcomed me, showed me around the house. I have a room for my own! Now you know why I love Couch surfing.

I reached the place around 1 pm. She had just arrived from Chennai after a long drive, a couple of hours ago. And still she gave me a warm welcome! That was really very kind of her. She had already prepared some lunch for me as well! ( Very generous! ) We had our lunch together and after that she wanted to take a nap as she was tired from the long drive. So I decided to get out and explore the place.

And I walked towards ..... Auroville!