Royal Initiation in Nepal | Camping and Riding in Nepal 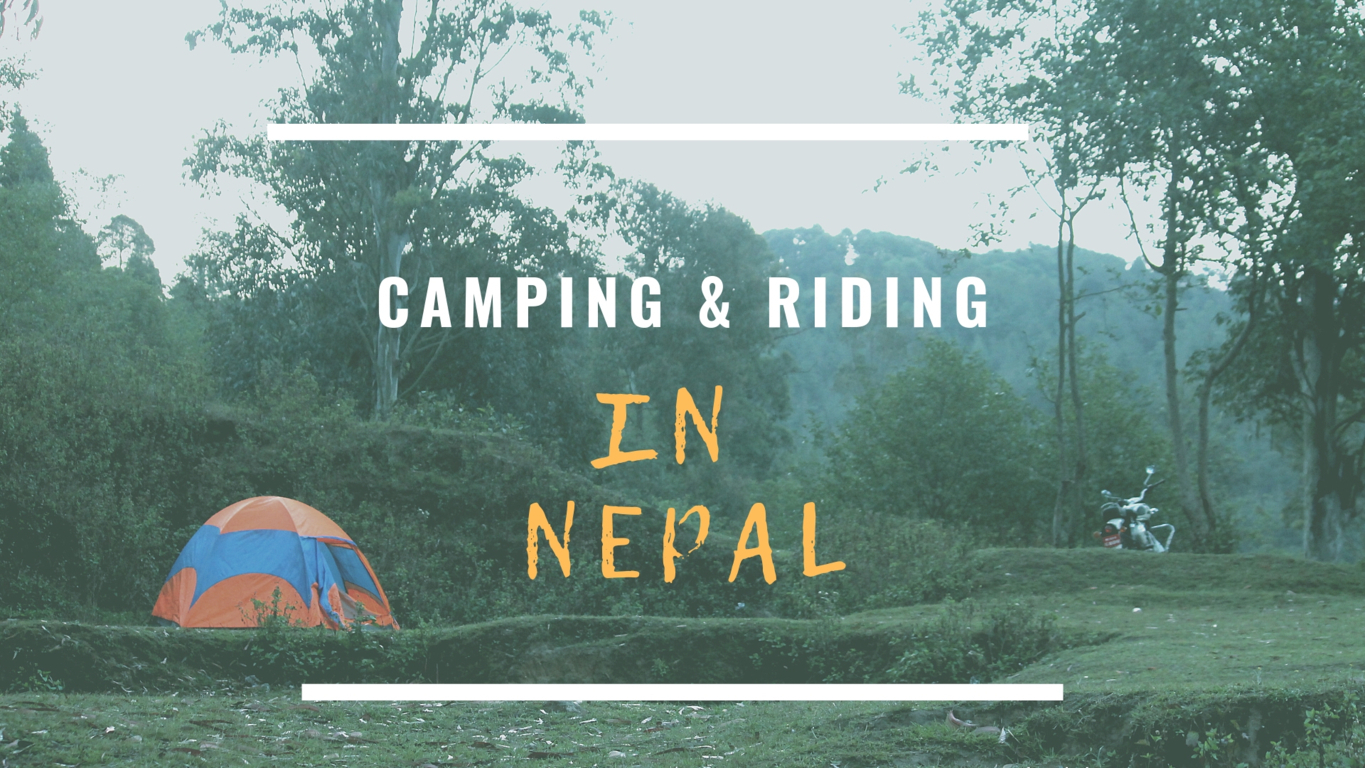 I had the good fortune of riding through the highways of Nepal. It was a totally unplanned trip. I was  in a hotel in Thamel checking on the internet on what I should do next. Yes, I do plan my accommodation for the first day wherever I go.

While going through one of those destination guide books, I found the details of Motorbike renting shops. There were a few in Thamel. The idea sprang to my mind all of a sudden. I should do a motorbike trip around Nepal! It was decided then and there.

After a few hours, I found myself closing the deal with a motorbike rental shop in one of those narrow touristy streets of Thamel. It was a white colour Royal Enfield Classic 350cc. I did a test ride and it felt fabulous. I finalised the bike for the next few days to come.

The shop was renting out tent and sleeping bag as well. Then a new plan was added. Riding and camping. So I was all excited to begin the trip.

Beginning of the Ride

Though it was a bit difficult for me initially to navigate through the narrow and busy streets of Thamel on my new friend, Royal Enfield. While I was going to the fuel station right after getting my 'white boy' out from the garage, I was a bit nervous on how I was going to ride this beast confidently in the highways that were new to me.

“The beauty and mystery of this world only emerges through affection, attention, interest and compassion . . . open your eyes wide and actually see this world by attending to its colors, details and irony.” ― Orhan Pamuk, My Name is Red ⠀⠀⠀⠀⠀⠀⠀⠀⠀ #Bhaktapur #Nepal #NepalTourism #Tourism #travel #quote #travelblogger #streetphoto_color #streetstyle #streetphotography #streetphotos

Well it was my first ever attempt on a long-distance motorcycle trip on a Royal Enfield. So I had a bit of anxiety. Almost fifteen minutes later in the ride, anxiety was nowhere to be seen. I felt so comfortable riding this macho machine. I started to worry less and tune into the rhythmic thump of this beast. In Nepal, the driving culture and road habits were similar to that of India. So it wasn't difficult for me to adapt to the new highways and their ways of driving.

From Kathmandu, the route was set to Pokhara and added stops to include interesting places in between. The roads were similar to that of India, in certain stretches even worse.

The fun was reaching a destination without knowing much about it. But riding a powerful Royal Enfield through those difficult and different terrains was more interesting. I found myself getting more confident with my Enfield and cornering at good speeds. And the Enfield thump was quite addictive.

“When you love a city and have explored it frequently on foot, your body, not to mention your soul, gets to know the streets so well after a number of years that in a fit of melancholy, perhaps stirred by a light snow falling ever so sorrowfully, you'll discover your legs carrying you of their own accord toward one of your favourite promontories”⠀⠀⠀⠀⠀⠀⠀⠀⠀ ― Orhan Pamuk, My Name is Red ⠀⠀⠀⠀⠀⠀⠀⠀⠀ ⠀⠀⠀⠀⠀⠀⠀⠀⠀ Bhaktapur, Nepal⠀⠀⠀⠀⠀⠀⠀⠀⠀ ⠀⠀⠀⠀⠀⠀⠀⠀⠀ #Nepal #bhakthapur #streetphotography #streetstyle #ig_fotografdiyari #ig_cameras_united #nepalnow #streetshot

Bhaktapur was the first major stop. As soon as I approached the area, I could feel the heritage it was carrying. It transported me to a different kind of world. Maybe it was because of the architecture of the Palace courtyard or maybe the reddish tone that was predominant on almost all the buildings there. I parked my white Royal Enfield against the backdrop of reddish fire baked bricks.

The same procedure was followed in the coming days too. Sightseeing in the morning and finding a spot to pitch the tent in the evening before it was too dark. That became my routine.

During this trip I figured out from my experience that it was possible to find a less touristic spot or even a less populated spot, wherever you go, by riding a few kilometers away from the tourist attraction. At least it was possible in Nepal. And every single day I could find a place to pitch a tent without asking anyone's permission.

The main reason why it was possible was because of the beast which can tread anywhere! I've ridden the Enfield into bumpy empty fields, into small bushes, into gravel filled steep climbs. It was an experience that marked new kind of touring possibility in my life.

I was getting initiated into the Royal Enfield way of tripping.

Wind on my jacket, thumping on my bullet, I was initiated into a lifestyle which was echoing with one word.  Freedom!